“Mammutidae” is the family-level category of proboscideans that includes the American mastodon – Mammut americanum – and its close relatives. Earlier mammutids were broadly distributed in the Old World, but by the end of the Pleistocene Epoch, the only surviving mammutids were in North America. M. americanum is a common element of late Pleistocene faunas, and some occurrences provide evidence of association with early humans in North America. These attracted the attention of UMMP Professor Daniel Fisher, who undertook research to clarify aspects of their paleobiology and the cause of their extinction. The models compiled here were generated in the course of that research.

This specimen of M. americanum was discovered in 1998 by members of the Buesching family, near Fort Wayne, Indiana, and was excavated by staff of Indiana University-Purdue University at Fort Wayne, with assistance from the University of Michigan. The specimen was studied at UMMP but was later donated to the Indiana State Museum (Indianapolis, IN). A mounted skeleton, based on casts of individual bones produced in fiberglass at UMMP, is accessible for viewing in the University of Michigan Museum of Natural History. Descriptions of the Buesching site and specimen are in preparation. 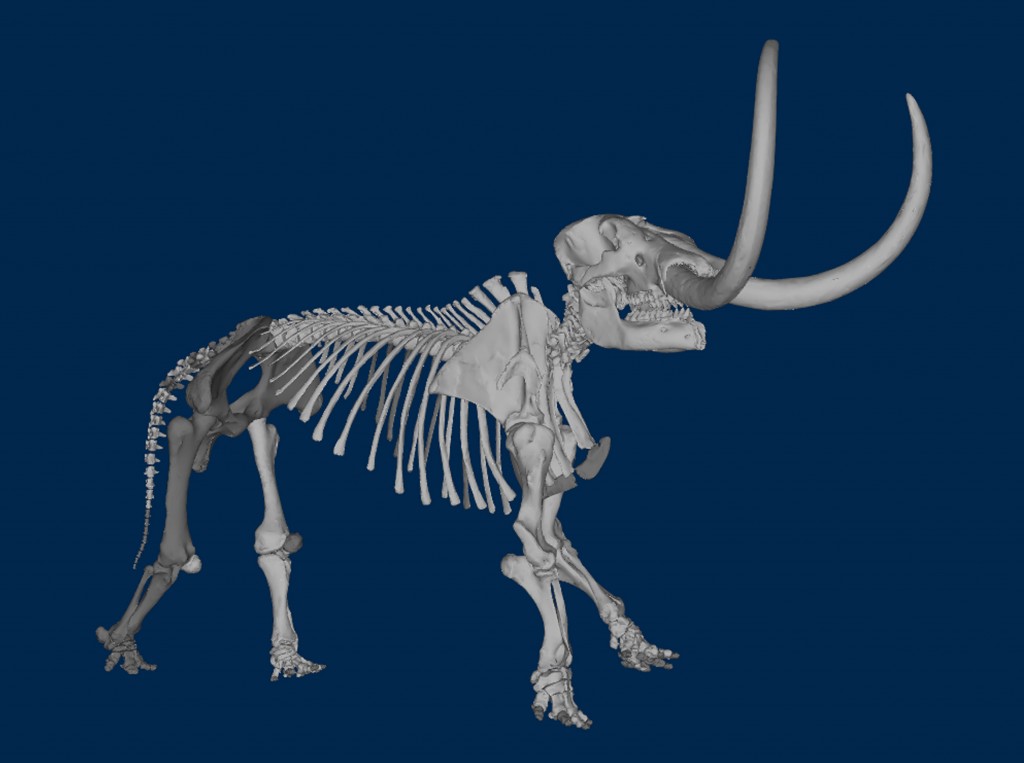 This specimen of M. americanum was discovered in 1999 by members of the Lozier family, in Dutchess County, New York, and was excavated in 2000 by staff of the Paleontological Research Institution, with assistance from the University of Michigan. The specimen was acquired by PRI, studied at UMMP, and eventually mounted at PRI’s Museum of the Earth in Ithaca, NY. Descriptions of the Hyde Park site and specimen are published in Palaeontographica Americana, volume 61, edited by Allmon and Nester (2008).